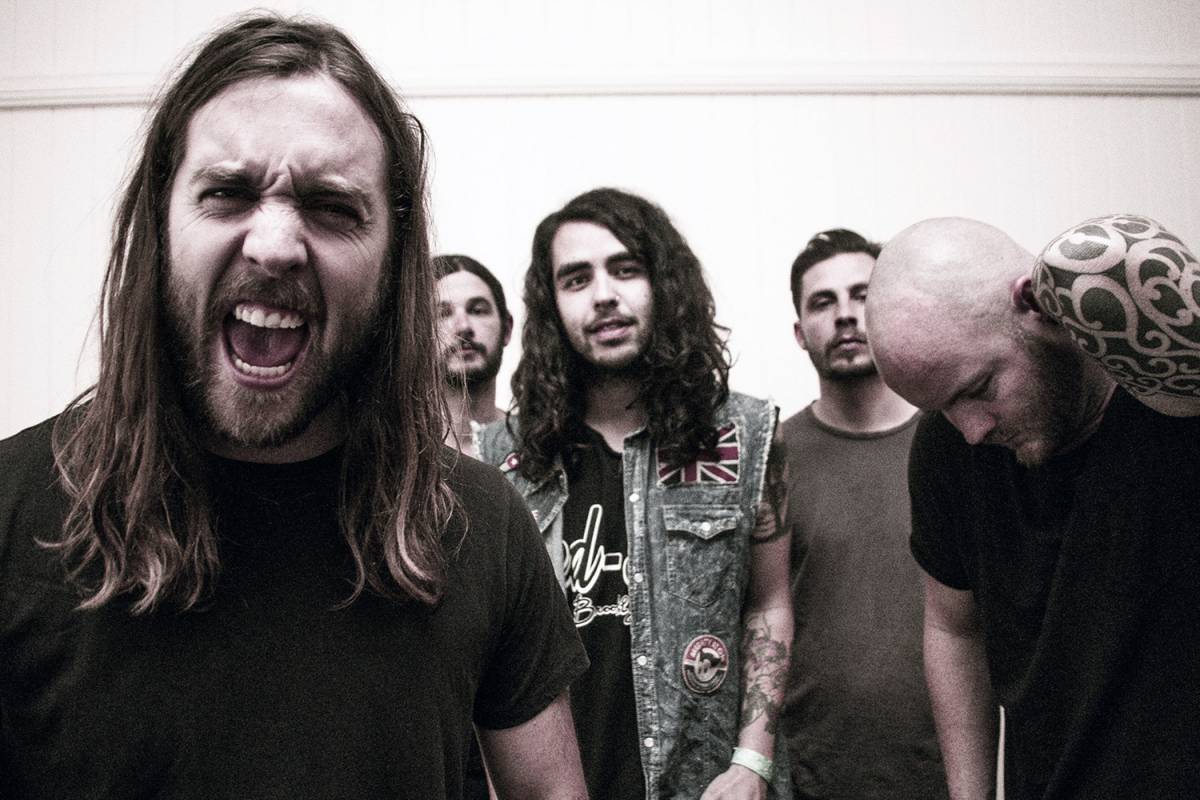 104.9 The Wolf & The Exchange proudly present

A wise man once said it’s way to the top if you want to rock ‘n’ roll. If you’re The Lazys, it’s more like a long way across two continents and the world’s largest ocean. But since the Australian rockers have landed on Canadian shores, it’s been a balls-out ascent to become one of the most live acts in the country. And they’ve now bottled that lighting on their new album, Tropical Hazards.

Co-written by Ian D’Sa (Billy Talent) and produced by D’Sa and Eric Ratz (Big Wreck, Danko Jones, Monster Truck), Tropical Hazards is a high-octane, rock ‘n’ roll riot that picks up right where The Lazys left off in 2015 with their Top 10 singles “Shake it Like You Mean It” and “Black Rebel.”

When those songs first smashed onto radio, fans could be forgiven for thinking they were hearing a brand new band. Fact is, these guys had been paying their dues back in Australia since 2006, where Leon Harrison and Matty Morris met while playing in local garage bands. “He was singing and playing guitar in a band and so was I,” recalls Leon. “But I was a better singer. He was a better guitar player. So we joined forces.” The Lazys released a few EPs before packing bags and heading for New York City to record a new record. Then things took a surprising turn in Toronto at Canadian Music Week.

“To be honest, we took the risk of our lives,” explains Leon, of coming to play the festival. “We had three shows booked in 24 hours. The first was 3 a.m. at the Horseshoe. We went out on stage and did what we had done for 10 years at home to 10 people but it just started a buzz. Something had clicked.” Their second gig attracted prominent booking agent Ralph James, who signed them on the spot! At their third, Ian D’Sa, guitarist for Billy Talent, who became an instant fan and soon a collaborator. The band and D’Sa co-wrote “Shake it Like You Mean It” and “Black Rebel” over Skype between Australia and Canada, then recorded the tracks in Vancouver with GGGarth Richardson

And they went Top 10. Which is crazy,” says Matty. “From all of that, we built a relationship with Ian, then decided to do a full album

Tropical Hazards was written in Canada and Australia throughout 2017, including months of gruelling pre-production where the band and D’Sa (who the guys refer to as the sixth member of the band) would painstakingly craft lyrics together. “He wouldn’t settle for a one-hour brainstorm on one line,” says Leon. “He’d settle for a day.” The result is 10 tracks unabashedly outrageous, packed with songs about wild nights, pretty girls, heartbreak, and resilience that are classic, but never cliché.

Opening track and lead single “Nothing But Trouble” sets the tone: a spirited ode to a particular type of “raging bull” rebel that reveals the influence of classic
(Rage Against The Machine,
Nickelback, Red Hot Chili Peppers). The songs were added to the already
completed self-titled and released on Pheromone Recordings (Joel
Plaskett, The Dears). “

Aussie rockers like AC/DC and The Angels and may also possibly be a bit
“The image popped in my head of like a guy like Bon Scott,” says Leon. “Someone who never pushed it too far, but definitely gave it a good knock. Kind of like us after a night of drinking! We never get arrested but we sure have a good time.”

The high-voltage riffage on tracks like “Can’t Kill the Truth,” “Take Back the Town” and “Louder Than Youth,” a song about defiance towards teachers who abuse authority, directly inspired by Leon’s growing up in the private Catholic school system. Then there’s the wink-wink, nudge-nudge of “Half Mast Blues,” a rollicking tale of a pirate and his... well, listen and you’ll figure it out...
biographical.
If this makes The Lazys sound a bit cocksure, it’s because they are —Tropical Hazards spits and swaggers with the best rock records. But there’s more to the band than middle fingers and beers in the air. “Somebody’s Daughter” offers a different vibe altogether, a comment on missing and murdered Indigenous Women, a problem that plagues both Canada and Australia. And the stand-out track “Young Modern Lightning” is an emotionally charged, candid account of the realities of being in a touring band for 10 years — and the breakdown of relationships and heartbreak that often result. As much as any fast guitar lick or rollicking drum beat, it’s this song that reveals The Lazys true commitment to rock ‘n’ roll.
On past tours with bands like The Trews and Danko Jones, The Lazys quickly
gained a reputation for their rowdy, high-energy performance. With the release
of Tropical  they prepare to hit the road and do what they do best: bring
I want people to leave feeling entertained,” says Matty. “I want them to leave thinking that was the best rock show they’ve ever seen. To leave sweaty, dirty, horny!”

Having recently relocated to Toronto full-time, the band can certainly be considered honorary Canadians. And the journey that began 10 years ago in Australia is still just getting started. Says Matty, “Since the early days, being in a rock band is all we’ve ever wanted to do. We’ve shown how much love we can offer to people if they give us a chance and Canada has done that for us. It’s kind of insane when we think about all that support. But now it’s time to show the world.”

When it comes to The Deaf Idols, there can be no hyperbole. They are the musical equivalent of Mad Max: Fury Road; their music is fire and blood. The Deaf Idols were born from the palpable chemistry of members of some of Regina's biggest bands, with the aim to bring stadium rock shows to every sized venue possible is a band born from the ease of playing with one another, and the result will evoke comparisons to some of music's biggest names.

Rock music hasn't felt this good in a long time.


www.facebook.com/thedeafidols/
The .
The are a three-piece alternative/hard rock band from Regina Saskatchewan. Their wall of sound, accompanied with heavy riffs, melodic hooks, and a unique blend of 11 herbs and spices, results in music unprecedented by other trios.