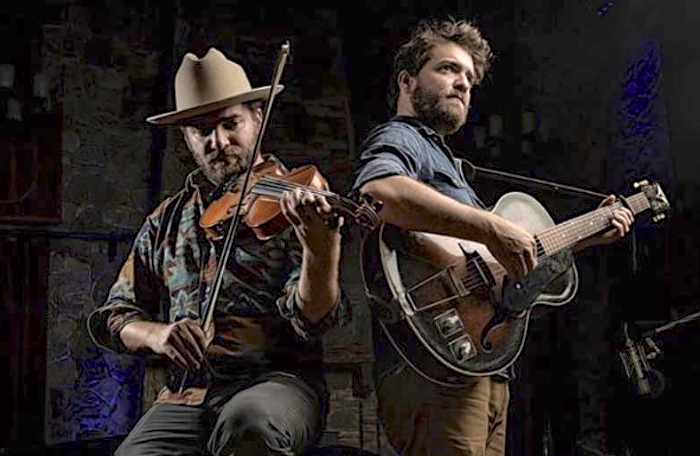 The Brother Brothers
GrassRoots Regina is pleased to present the identical twin-brother duo, The Brother Brothers, in concert.
Based in Brooklyn, New York, David and Adam Moss are taking the folk world by storm with stunning instrumental virtuosity, heartfelt lyricism, and sibling harmonies so natural they seem to blend into a single, beautiful voice; often drawing comparisons to Simon and Garfunkel and The Milk Carton Kids.

The Brother Brothers are Adam and David Moss, identical twins bringing folk traditions to a new generation. Growing up in Peoria, Illinois, they sang along as children to their father's record collection of The Kingston Trio, The Everly Brothers, The Beatles, and The Beach Boys. "That's where we learned to sing harmony and then one thing leads to another," says Adam. "All of a sudden we could harmonize to anything we wanted to. It was a very natural progression." After earning music degrees at the University of Illinois in Urbana-Champaign, the brothers set off on separate musical journeys. Adam traded in the viola for a fiddle and joined Green Mountain Grass, Austin's premier gonzograss band. David spent a short stint in Chicago, then moved to Austin and formed a progressive folk group called The Blue Hit. After a couple of years, the twins reunited in Brooklyn, where The Brother Brothers project was finally born.

Using minimal instrumentation, heartfelt lyricism, and harmonies so natural that they blend into one beautiful voice. The duo masterfully captures the familiarity in human experiences; their nomadic background making that no surprise. Often leaning towards the darker, moody elements of Appalachian folk, klezmer, and bluegrass traditions, the sound of The Brother Brothers is striking and undeniably captivating. They tour as an acoustic duo with David on cello and guitar, and Adam on the five-string fiddle.

The Brother Brothers released an independent EP, Tugboats, in 2017, followed by a national tour with I'm With Her in 2018. They released their debut full-length album, Some People I Know, in the fall of 2018, via Compass Records. They are currently working on their second full-length album.