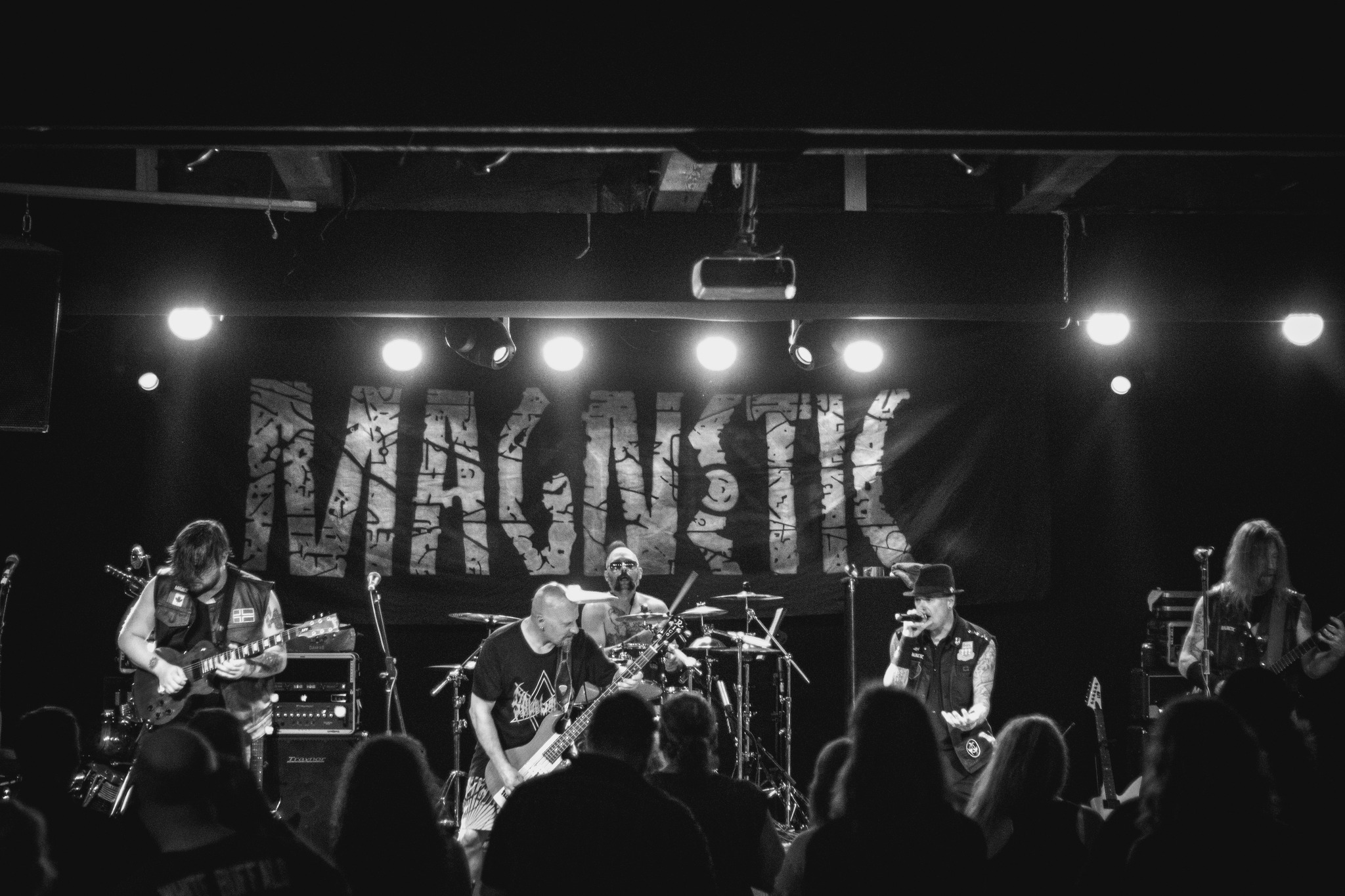 $15 advance - $20 Door
Magnetic
Regina Hard Rock Heavyweights Magnetic have been bringing their Big Live Show to concert venues throughout Saskatchewan for years. With 2 Full Length LPs to their credit, they will be recording a new album in the coming months for release in 2023. As part of their new Album, a remix of one of their most popular songs “Get Me Out” will be released to commercial radio (with a full production video) in January, with scheduled releases throughout the year. Magnetic will also be hitting the road across Canada in support of the new music with multiple tours.

Having shared the stage as direct support to Recording Artists such as Pop Evil, Toque, P.O.D. (Payable On Death), as well as Metallica Tribute Disposable Heroes, Magnetic has established itself as a band to embrace. They are able to perform high energy original music sets of 45, 60, 75, or 90 minutes as well as all night long in the right environment, gripping audiences with their musicianship and dedication to entertain.

Magnetic is Cam Dixon (Canada's Annihilator and METALIST), Drew Hanwell (Rhythm Guitar), Mike Sawa (Bass), Haraldur Jonasson (Lead Guitar) and Shane Giofu (Drummerist), all bringing their own style which drives Magnetic's wall of sound.
Fall Of Earth
Fall of Earth is a metal band based in Edmonton, Alberta, made up of four members, Alex (Vocalist), Aaron (Bass), Brody (Guitar), and Brendan (Drums). Fall of Earth has created a unique sound that mashes the best of all metal genres. The band have currently released one full album, simply titled Fall of Earth, with 10 songs that tell various stories. Find Peace, a popular song on the album, was created in memory of Brody's late father, Harry Bauer, who passed away in 2019 of Cancer. All of the songs created from the band express vivid emotions, showing the pain and energy they, and others experience in times of suffering. Fall of Earth was born in April 2019, when Brody and Brendan, who have played and practiced together for many years, discussed with Alex about starting a metal band, to bring the metal scene back into popularity with a refreshing twist. Later Aaron was introduced, and soon joined taking part as the bassist. The name, Fall of Earth, is a play on words for the way in which the world is currently situated, regarding the multitude of worldwide issues ranging from climate change, mental health, mass extinctions, war, and many other issues. The band hopes to use the power of music to help the world recover. With the future success of the band, Fall of Earth are planning to help raise funds to put towards non-profit organizations and movements, raise awareness of many global issues, and inspire change through music.
https://www.facebook.com/FallOfEarthBand
Deaf Idols
Their energy is a getaway car, madmen behind the wheel of a speeding Bugatti.
Rock music hasn't felt this good in a long time...

About the Exchange
Proof of vaccination is no longer required.
Masks are encouraged.

The Exchange is an all-ages venue that supports the Safer Spaces Initiative. We do not tolerate any form of harassment, abusive and/or discriminative behaviour. Such behaviour is grounds for immediate removal from the event/venue. If you are experiencing any harassment please ask to speak to a manager.
Prices include taxes and fees - line ups subject to change - no refunds or exchanges

Pass The Hat - Standup Comedy on a Budget