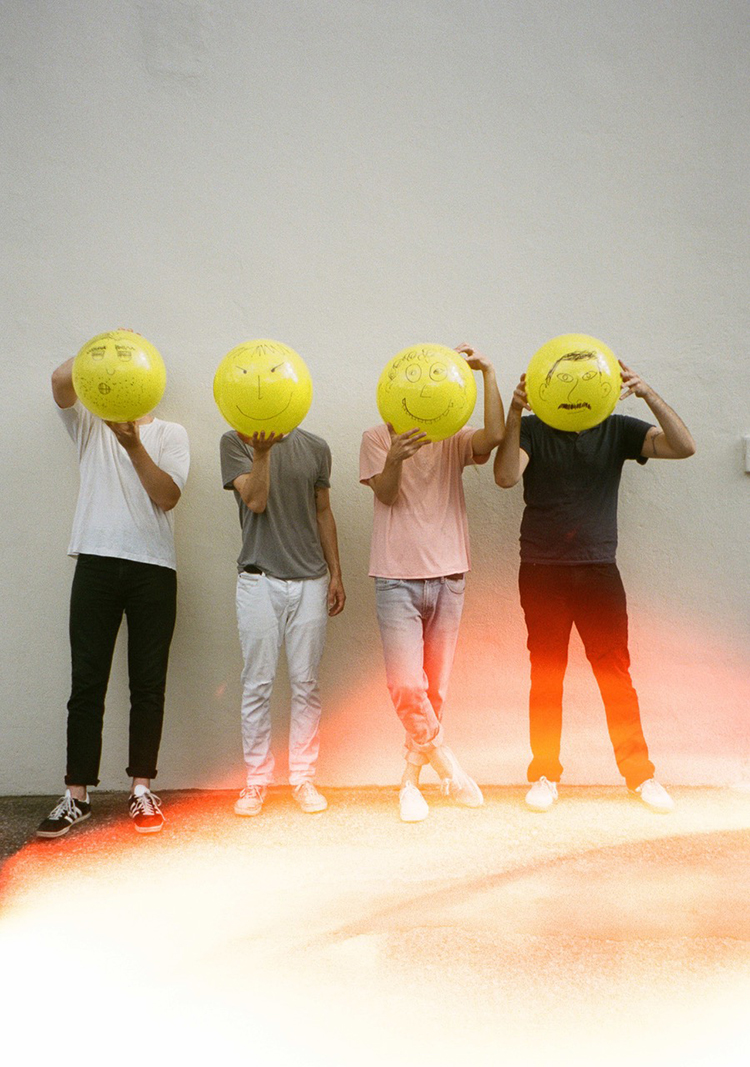 Hollerado's debut album Record In A Bag came out in 2009 and received a Canadian JUNO award nomination for Best New Artist. Their incredible “Americanarama” video garnered over 1.4 Million YouTube views with its forcefully creative approach to video making, and the album spawned the Top 10 radio hits “Americanarama” and “Juliette” as well as Top 20 radio hit "Got To Lose." The launch of White Paint followed their 2013 studio release, which included the Top 10 song and video for “So It Goes,” a wrenchingly personal story about lead singer Menno Versteeg's Dutch grandfather, whose life was spared in World World II. Hollerado's band ethos is spent building a music community of music-loving fans, so it's no surprise that 2015's 111 Songs was a project where they wrote custom songs for specific fans. This exhaustive continuous songwriting project built the working framework for the release for their new single, “Born Yesterday, which hints at the sheer energy of musical and creative offerings to come from the band in 2017.

The Last Regina show EVER!

When power-pop foursome Little Junior was still performing at all-ages clubs around their native Toronto, a sound engineer asked what their setup would be for a show that night. Lead singer Rane Elliott-Armstrong answered the way he had so many times before: They had two guitars, a bass, and drums. “Oh,” the sound engineer responded. “You don’t have a sampler or an acoustic guitar or any of that gay shit?” Elliott-Armstrong, who identifies as gay, was aghast. “It was like, really? Come on man,” he says, recalling the experience.

And so Elliott-Armstrong wrote a song about the encounter, the snot-punk anthem ”Cry Baby,” which is set to appear on Little Junior’s forthcoming debut record, Hi (expected in 2018 via Grand Jury). Clocking in at a nugget-sized one minute and 40 seconds, “Cry Baby” finds Elliott-Armstrong sneering, “I want to destroy my reputation / Tired of having boring conversations / I’d rather be / All by myself / Than be part of this scene they’re cultivating.”

According to the band, which also comprises Rane’s brother Chai Elliott-Armstrong on drums, Lucas Meilach-Boston on guitar, and Jackson Beyer on bass, the song is about exactly what it claims: “Destroying your reputation so that no one will assume that you’re a bigot like them.” Meilach-Boston agrees, adding, “It’s about not wanting to be polite to people who are dickheads or people who are outwardly homophobic.”

Writing “Cry Baby” also led to Rane leaning further into stereotype onstage, where he purposefully takes on an exaggerated, more flamboyant persona as a way to ward off further intolerant language. “I try to act like a bit of a diva on stage, I pull a lot of shapes. There’s a vogueing element to it,” he says with a half-joking smile. “I like to think of us as a boy band”.

That's not just a throwaway statement: Pop music has had a profound effect on Little Junior, who have been playing together as far back as middle school. Though they cite Pixies, Weezer, The Ramones, Buzzcocks, Iggy Pop, The Beatles, Talking Heads, and The Band as classic influences, they all light up while talking about—of all people—Carly Rae Jepsen, whom they call a “national treasure.”

True to form, much of Hi sounds like a clear combination of Pixies’ lo-fi basement punk with Weezer and Jepsen’s penchant for cheery sing-along melody. Helping Little Junior mould their debut in the studio is veteran producer John Agnello, whom the group calls “hilarious” and “a dream.”

Though unapologetically upbeat, the album’s sunny tone is subverted by Little Junior’s petulant lyrics. Most of the songs, Rane admits, have a sardonic side and tend to be written in response to people who’ve “wronged” him.

A particularly salty cut, album opener “Accolades” is about a fellow albeit unnamed Toronto band. “I saw them play a show, and they were getting really buzzy at the time,” says Rane. “It was like, ‘Really? They’re getting so much attention, and I’m not?’”

But not all of the band’s tracks are disparaging—the bass-led “Crooked Tooth” is a heartfelt love song Rane wrote for his boyfriend. “In a more general sense it’s about loving someone for their flaws,” he says. “Not caring about standards of beauty. It’s about body positivity. We both have kind of janky teeth because neither of us had braces.”

“I think it’s important to have more queer voices [in music],” he continues. “I don’t think being queer really influences my songwriting. Sometimes I’ll be singing about romantic interests that’ll happen to be a dude. But having that out in the world is good because there’s a lack of it.” - Rachel Brodsky