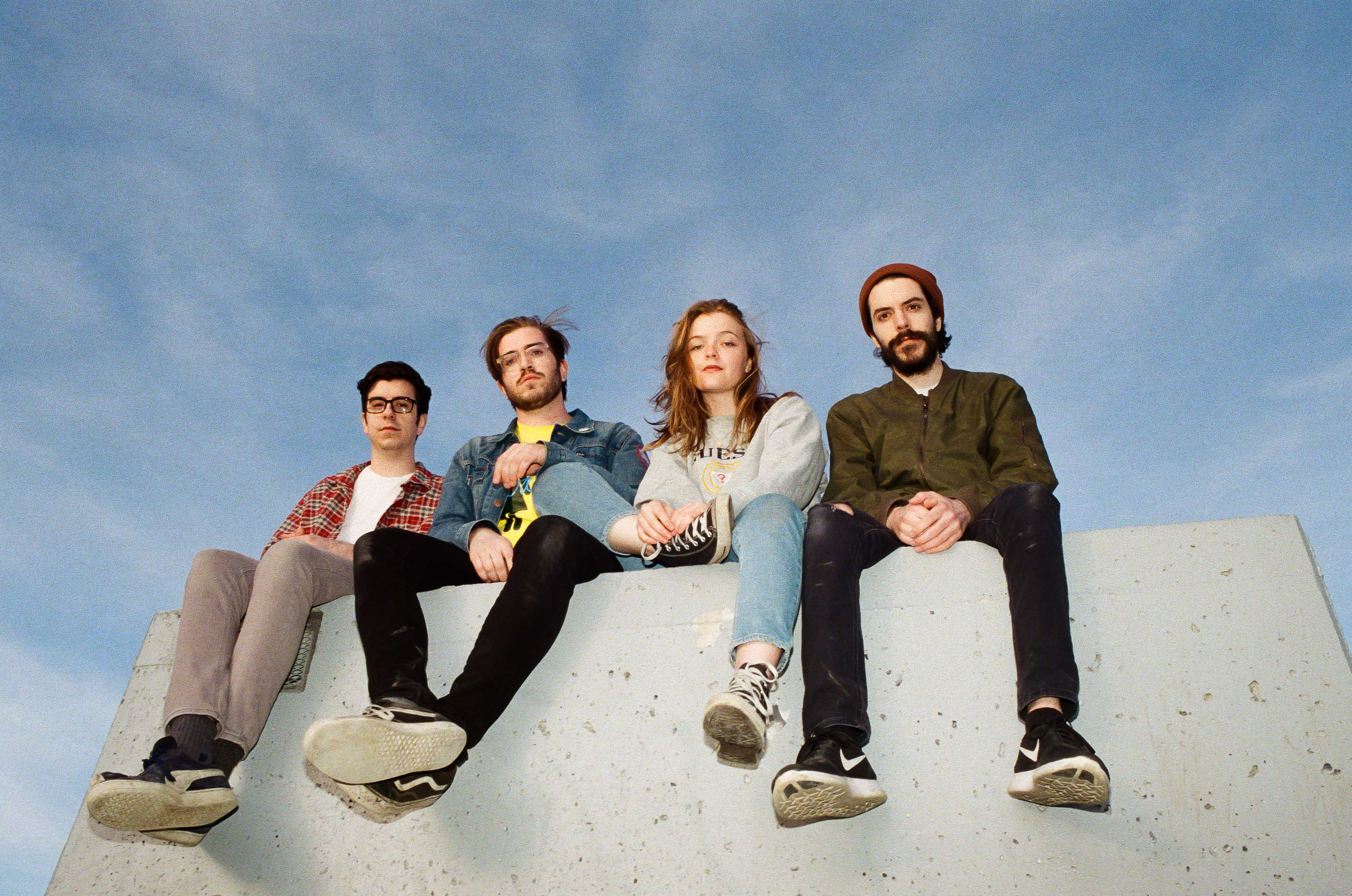 Juno Nominated for BREAKTHROUGH GROUP OF THE YEAR 2019

In the suburbs, life moves at a slower pace; routine is valued and gossip fuels the local news. Strip malls, skate parks, Arizona iced tea out of the corner store fridge – stuck in between highways.

Dizzy – a band from the suburb of Oshawa, Ontario - are three brothers - Charlie, Alex and Mackenzie Spencer and their friend Katie Munshaw, who made music to combat the anxieties of the vortex of boredom. Like anyone growing up in the digital age, the band went to basement parties, discovered social media, scraped their knees, fell in love, and felt insecure. For Dizzy, though, having the suburbs as their playground for experience encouraged them to explore music and art outside of what was right in front of them - and to create their own.

"Oshawa is dense. We all grew up in modern suburbia so there’s an arm’s length between my neighbour’s house and mine.” Said Munshaw. “Making music always stemmed from my being overly sensitive about everything, so when you’re that close to so many people you’re bound to meet the essential characters that screw you up enough to start writing about them. Oshawa introduced me to friendship and heartache and change while keeping me bored enough to sit at home and write about it.”

Dizzy pen story-songs that are reflective of coming of age in suburbia. Their first entry is “Stars and Moons” - out October 13th, 2017 via Royal Mountain Records and Canvasback – which was produced by Grammy-nominee Damian Taylor (Arcade Fire, Bjork, The Killers). Stay tuned for more music from Dizzy in 2018.