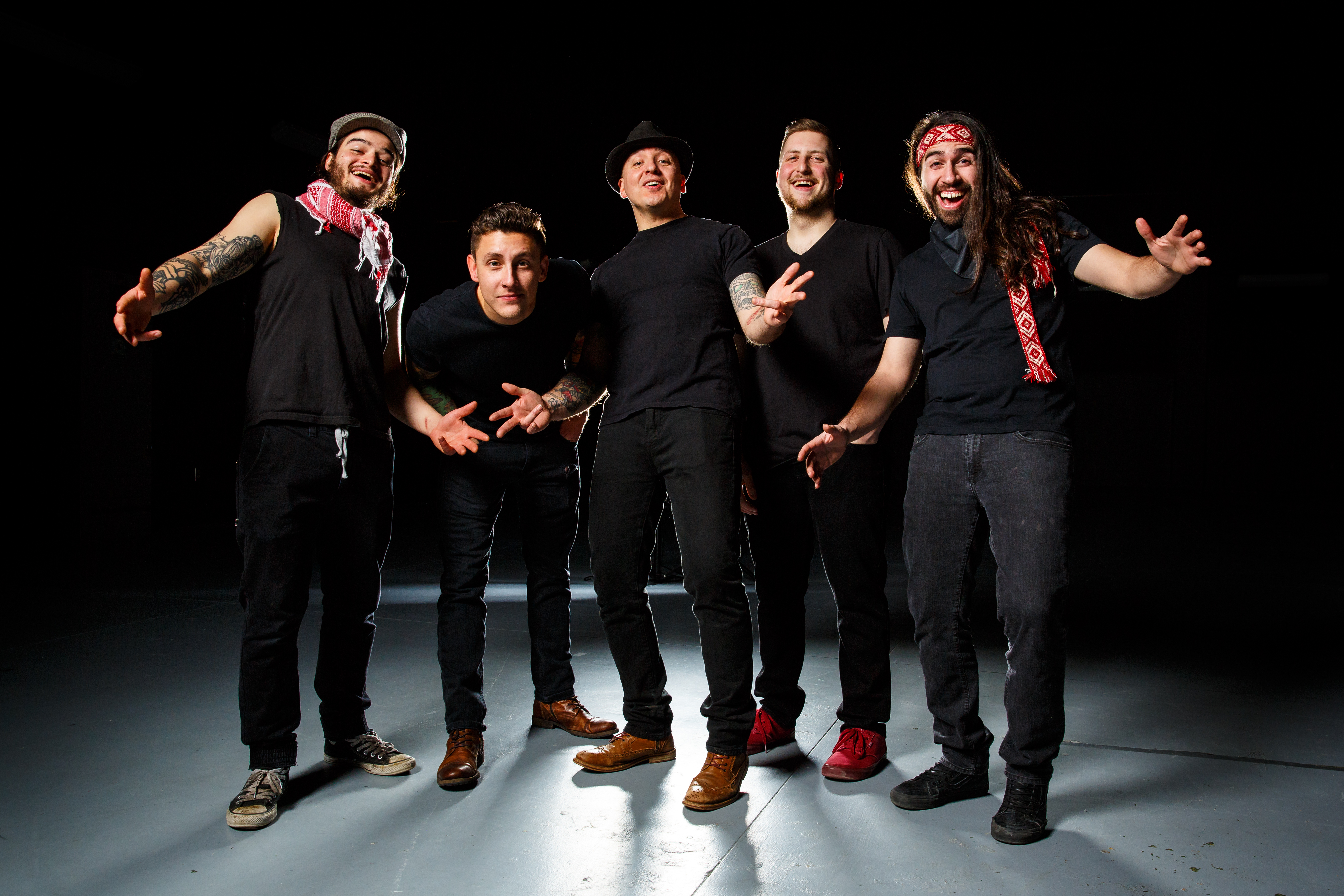 Andino Suns grew out of the desire for Andrés Davalos to recreate the music he’d grown up listening to at home. His parents were exiled to Canada when a fascist dictatorship took over their homeland, Chile, in the early 70s. Though they found peace in Canada, Andrés’ parents missed terribly the way of life from which they had been violently uprooted. They continued to surround themselves with their Chilean culture, passing it down to their children through stories, traditional Andean music and folk dances, and media. It’s no surprise then that a worldview of political activism, hope, and love, underpins the music of Andino Suns.

Andino Suns have succeeded in creating a musical energy that is a gathering place for all – the labourer, the intellectual, the spiritual, the aged, and the young. Theirs is the kind of music that,
even if silenced, you’d continue to hear it.

THE TALE OF JOHNNY 2 FINGERS

Born at a very young age, John Dale was raised by loving middle-class parents; he grew up in the middle of the Canadian prairies with all the privileges one could ask for. However, John was born with a hideous physical mutation that science could never explain. He was picked on and ridiculed endlessly while growing up, eventually turning to the friendship of insects, snakes, and cartoons.

During his teenage years, he developed a taste for professional wrestling and rock n roll. Realizing he could never be the great wrestler he envisioned, he picked up the guitar. Unfortunately, John's ego spiraled out of control, He began making boisterous and outlandish comments; claiming he was the voice of the unloved and forgotten... Claiming he was a hero... a humanitarian...

Well, John's selfish intentions became all too apparent. He developed a serious addiction to vegan recipes and online video games; becoming increasingly aggressive. He hired a duo of goons (consisting of former pro wrestler, Cannonball Kelly, on drums and Dave "Too Tall for Basketball" Howard on bass) dubbed 'The Deformities' to do his bidding. John was just another good apple turned bad; feeling like the world wronged him and it had a little splainin' to do. He vowed to teach society a lesson, one gig at a time... Johnny 2 Fingers was born.
https://www.facebook.com/johnny2fingersandthedeformities/