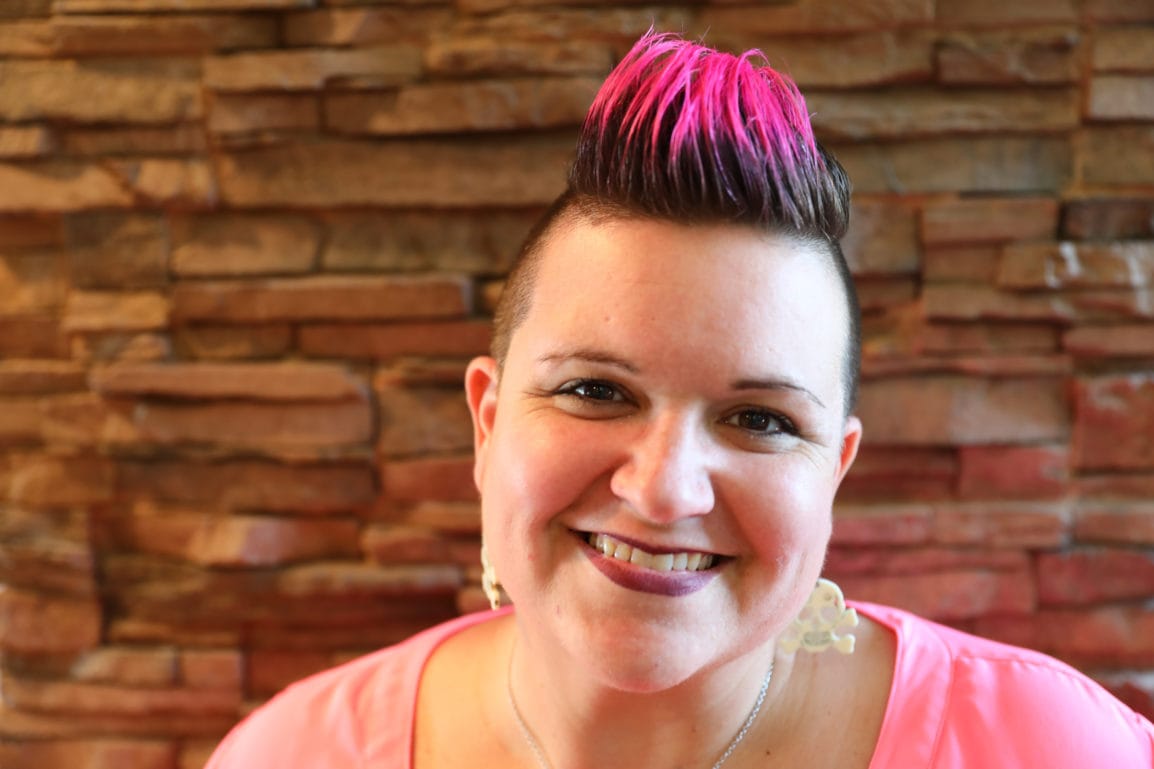 Galloway Gallego was born in San Antonio, Texas, and currently lives in Houston, Texas. While Galloway Gallego is not deaf herself, she is hard of hearing and has been surrounded by members of the deaf community since the age of five. Among her deaf and hard of hearing acquaintances in early childhood were her father's girlfriend's son and the two children of her babysitter. Galloway Gallego has a rough childhood, and told Vibe Magazine that she affiliated with gang members and her mother kicked her out of the house at age sixteen. In high school, she was friends with a deaf football player, and she continued to interact with the deaf community during her studies at San Antonio College (SAC).

As a child, Galloway Gallego wanted to become a rapper, and as a young adult she wanted to become a physical therapist, but a deaf guidance counselor at SAC pushed her to pursue sign language interpretation. While initially skeptical, after attending one semester at the school's ASL interpretation degree program, she committed to it and graduated from SAC with a master's degree in ASL/English Interpretation. She interpreted her first live concert in 2001.

A handheld video from the crowd of Galloway Gallego interpreting A$AP Rocky's “Fuckin’ Problems” (performed by Kendrick Lamar) at Lollapalooza in 2013 became a viral video hit when uploaded to YouTube. Although she had been interpreting at concerts for over a decade prior, the video brought the issue of the accessibility of music to mainstream attention. After the video became viral, Galloway Gallego made an appearance on Jimmy Kimmel Live! with Wiz Khalifa. She has since interpreted on stage for other artists such as the Red Hot Chili Peppers and Snoop Dogg, among others.  When not interpreting, she teaches sign language at Houston Community College (HCC). She also owns a company, Amber G Productions, which provides interpreters for concerts and other venues. As of 2014, she has interpreted at 400 different concerts. Her interpretations have been described as being in high demand among concert organizers.

Galloway Gallego's interpretation style incorporates non-manual markers (such as facial expressions and body language), thorough research into the meaning of the song and the intentions of the artist, and dance. Because ASL is a distinct language from English with its own grammar and syntax, Galloway Gallego first must translate each song into ASL, a process which can take hours. As such, her interpretations are not word-for-word versions of the interpreted song's lyrics.For some particularly fast-paced songs, such as Eminem's "Rap God", Galloway Gallego will sign more rapidly and use shorthand.

When she is hired to interpret at a music festival, she has to memorize the lyrics of one hundred fifty songs or more at a time.

While an untrained eye might mistake her interpretations for pantomime, Galloway Gallego's performances are all grammatically correct ASL. She was partly inspired to interpret music for the deaf after hosting gatherings at her house attended by many of her deaf friends who watched her interpret music and encouraged her to do so professionally. In an interview with the Houston Chronicle, Galloway Gallego noted that all of her interpretations are uncensored, and she does not feel uncomfortable signing "raunchy" lyrics as they are not her words. In an interview with MTV, she described her style and motivations thus:

"Music is more than words, and the problem is that the interpreters, for a long time, have just focused on the words -- and not thought about all the other layers that come with it to actually make it equivalent. I show all the instruments, because [deaf people] need to be able to see the riffs. So, it's kind of like using onomatopoeia [but] in sign language."
The Week has described Galloway Gallego's style as "language, poetry, and performance all coming through at the same time."