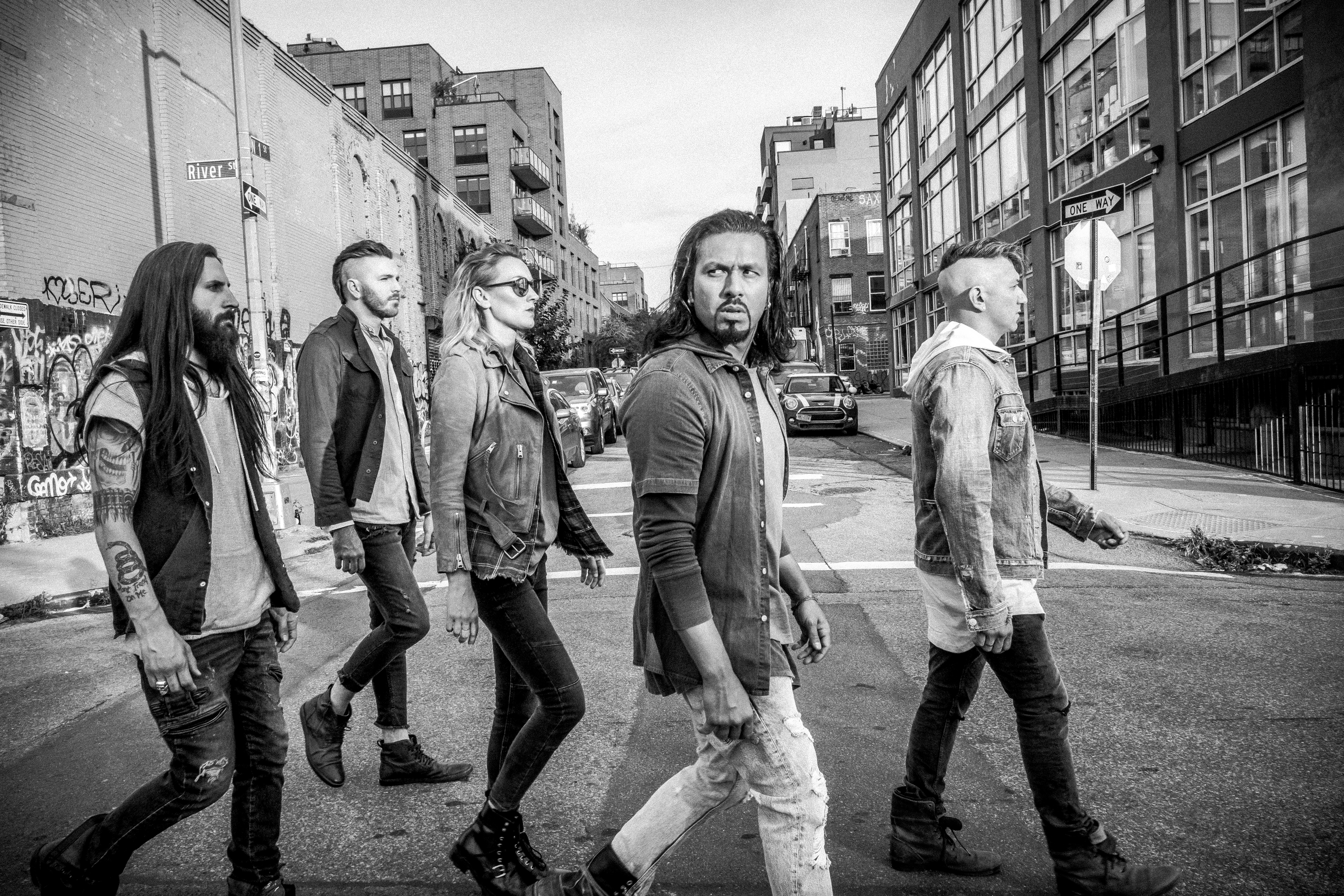 The Versatile Tour- June 12
$30
Not On Sale Anymore

The Versatile Tour- June 12
$30
Not On Sale Anymore

When North Muskegon, Michigan native Leigh Kakaty formed Pop Evil, he chose the band’s name for a reason. He loved hard rock songs with good melodies but he also dug loud, crunchy guitars and propulsive metal rhythms. For Kakaty, it’s a natural duality that came from growing up in the Great Lakes and it eventually became the raison d’etre of his band.
“It’s just a natural part of who I am,” Kakaty says. “When I was growing up we’d roll out to the beach on the weekdays with an acoustic guitar and everyone would kick it. And on the weekends, we’d turn up the amps and, boom, everyone would try to break windows. It was all about the heaviness. And I needed both of those elements – the melodic and the metallic.”
Five albums into Pop Evil’s career, combining strong hooks with knockout punches is more important than ever. Pop Evil is set to release new music this spring that showcases not only their growth, but their versatility as a band. Pop Evil’s upcoming music showcases Kakaty and his bandmates – rhythm guitarist Dave Grahs, lead guitarist Nick Fuelling, bassist Matt DiRito and drummer Hayley Cramer – at their most inspiring.

Amplifiers still blare out of suburban garages everywhere. Guitars, drums, and bass still translate the emotion and energy of a generation better than anything. No matter what prevailing opinion may be, rock music still maintains its foothold just behind the pop culture curtain—as if in the wings waiting to return.

A spirited and irreverent deliverance spills from the speakers and all over the stage when JunkBunny comes around. Crafting rock hooks with an emotive resonance beyond their years, the scrappy riff-rock trio made their major label debut before they could legally buy booze.